Shake Square, the legendary shakery since 1971, established in the heart of New Delhi who introduced their personalised flavoured milkshakes to its people of Delhi has become a cult in this city expanding its wings in various parts of India.

Our Shakery reminisce's the good old days where teenagers in the 1970's used to hang out and the trend has just continued and diversified in itself till date.

Started with 7 flavoured milkshakes in the year 1971 at its flagship store in A-Block, Connaught Place, New Delhi (Next to Wenger's), now has developed over 25 new exotic flavours to give an electrifying taste to its customers. Although, the flagship store still continues to stick to its original 7 flavours to maintain its exclusivity and heritage value the brand has attained over 48 years.

Mr. Surender Kumar Pahuja, the CEO of Shake Squre, holder of Graduate Degree in Bachelors of Commerce from University of Delhi, along with his vast knowledge and experience in the food industry has brought Shake Square to new heights. His dedication, hard work and love for the brand is evident in the quality and value, Shake Square has attained in the past 48 years and continues to be the most loved milkshake brand in Delhi & various cities across India and desired even around the globe.

"The charm of the nature is that it keeps evolving...."
and to help out with this constant change happening in our nature and environment but at the same time maintaining the heritage value and taste in our milkshakes'. Our Chief Operating Officer (COO), Mr. Sagar Pahuja, with his double graduate degree in Bachelors of Business Administration and Bachelors in Commerce from Amity University and University of Delhi respectively, brings to the table his impressive management skills and not to forget the food and beverage skill-set that runs in our blood stream which is an added advantage to our COO. He is our company's "Laitier" commonly known as MilkMan who aims to deliver and provide easy access to the pure taste of milkshakes from Shake Square to each and every corner of India with his great Franchise program.

The youngest of our team and one of the most important individual at Shake Square is our Chief Innovation and Product Officer (CIPO), Mr. Utsav Pahuja. This young gentleman with his key knowledge about food and beverage attained from International Institute of Culinary Arts (IICA) is constantly working on creating more refined flavors for our brand so far introducing over 20 exotic flavors to our menu. The whole process of adding just one new flavor to our menu involves a lot of effort and perfection that this young brainer delivers to this company. A passionate foodie whose sole motive is to be able to bring as much innovation to this company which our loyal guests can cherish and enjoy.

IT All Begin In 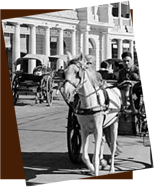 When Sh. K.L. Pahuja, founder of Shake Square, introduced the concept of flavoured milkshakes with his secret recipe of 7 flavours blending it with milk to get that pure bottle of happiness what we call today- "Shake Square".

Serving the in house produced flavoured milkshakes in
those traditional milk bottles became a cult in Delhi. 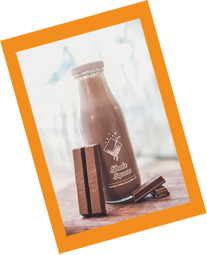 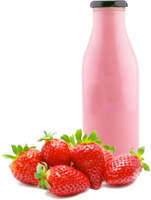 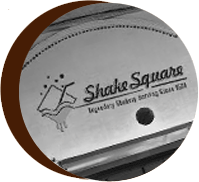 People started to recognise the brand by the old school milkshake bottles which were introduced, by our flagship outlet in the heart of Delhi, Connaught Place adjacent to the Wenger's Bakery.

Our Shakery reminisce's the good old days where the people of all age groups used to hang out & cherish our flavoured milk bottles. The trend has just continued and diversified till date. 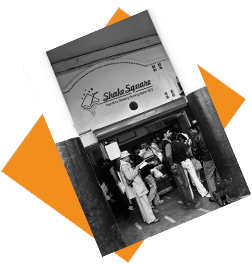 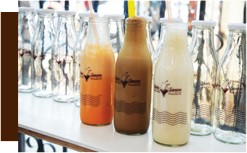 Shake Square now has developed over 30 new exotic &
fresh fruit flavours according to the current trends &
taste preferences of it's customers.

Shake Square redefines the experience of fine eating
with its delectable ensemble of milkshakes, snacks,
desserts and numerous recipes that are a well guarded
trade secret. 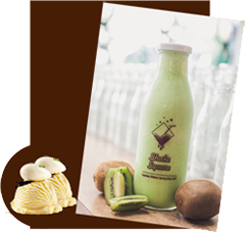 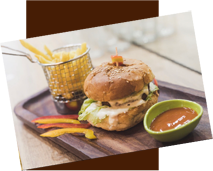 It's creations set the bar too high and people have simply
been in love with it over the years.

It promises great taste, unique bottles and incomparable
quality in all it's products. 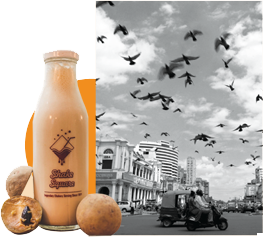 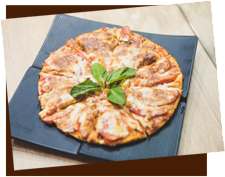 After the demise of our founder Sh. K.L. Pahuja the heritage value of the brand is now carried forward by Mr. Surender Pahuja. Carrying his lineage forward are his sons- Mr. Sagar Pahuja & Mr. Utsav Pahuja who are helping him grow the brand nationally. 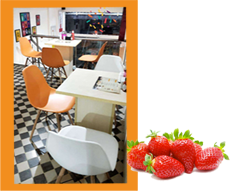 Shake Square opened it's 1st outlet in Mumbai in
2016 in Khar followed by Kandivali & Oshiwara.

We are now focusing on franchising to grow our business
and take the brand further to new heights. 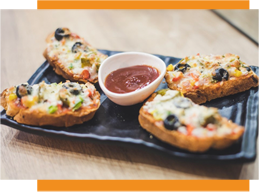